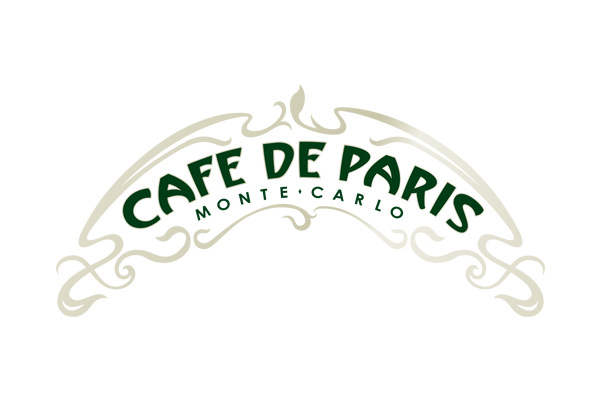 When the Hotel de Paris was inaugurated in January 1864, Dutrou—the architect—had provided neither a bar nor a café. Facing the Hotel, on the other side of the Place du Casino, carriages, barouches and horses were housed in coachhouses and stables.

Little by little the square changed; a central island, complete with a fountain, appeared and, in 1867, four palm trees—imported specially from Bordighera—stretched out their majestic foliage. To enhance this delightful scene, François Blanc decided upon the construction of a café on the site of the stables.

It was thus that Monte-Carlo’s first café—the “Café–Divan”—was opened in January 1868. Although, it looked like a mountain chalet, it soon became the meeting place of thehotel’s clientele. There was a coffee room, a small dining room, a billiard room, and atobacconist’s store. There was also the “Parfumerie du Soleil” which Marie Blanc lookedafter; the elegant ladies of the epoch could purchase potions—invented by a famous chemist, Monsieur Delpy—which bore such modest names as “Imperial Bouquet” and “Queen of England”.

To cope with its growing success, the Café Divan was extended a year later; it then became fashionable to call it the “Grand Café de Monte–Carlo”. Although a new facade was built in August 1870, it was not until 1882 that a new building was constructed to replace it. The new construction was long with a rotunda—surmounted by a curious skylight—at one end. Essentially a grill bar, serving tea in the afternoon, it also offered a large variety of ice- creams and sorbets.

A new building—combining a variety of styles—was erected in 1890. It was to bedemolished just seven years later to make way for the “Café de Paris” as people were to call it from then on. A little earlier, in February 1897, the Place du Casino had been the arena of an odd event. A crowd had gathered to admire a fabulous invention: the steam- or petrol-driven automobile. A drive-past of the participants in the Marseilles-Nice-Monte- Carlo rally had been organised on the Place du Casino. “Monsters” such as the one ownedby Count Chasseloup-Laubat, capable of climbing the hairpin bends up to La Turbie at almost 34 kilometres an hour, were expected. Although driving very slowly in single file, one of the competitors—Edouard Michelin—lost control of his vehicle, crashed into one of the pillars of the Café de Paris and made an extremely noisy entrance into the dining room. Fortunately, there was no harm done to either the diners or himself.

The Orient and Africa were fashionable, so Schmidt—the architect—designed a building in the Moorish style. He added domes and minarets, decorated its walls with friezes of brightly-coloured green and blue tiles, in harmony with the patterns on the facade of the Casino. A railing in wrought iron ran round the building.

The Café de Paris became the meeting place for Monte-Carlo’s smart set. Its terrace—“La Lézardière”—was an ideal spot for basking in the sun, having an aperitif, or even lunch. Diaghilev, Nijinski and Tamara Karsavina—his partner in “Prelude to the Afternoon of a Fawn”—dined there every evening after the performances of the Ballets Russes; the“voices” of the Opera House—Nelly Melba, Caruso, Georges Thill and Chaliapin —were also seen there. The Prince of Wales—the future Edward VII—claimed to have tasted“Crèpe Suzette” for the first time within its walls …

The Café de Paris was never empty. Transformed once more in 1913 by Léon Blois—a young architect from Nice—who refurbished the tea room and the dining room in luxurious fashion. Later, in 1930, the highly-successful Art Deco style was to be seen everywhere in the establishment; the minarets and cupolas were removed—since their day was definitely over—and the tiles were replaced by friezes in honour of the new style. The evenings camealive with dinners, attractions, galas, balls… It was fashionable to be seen there and theSovereign Prince Louis II often honoured these events by his presence.

In 1960, large-scale transformations took place. Henri Rigal installed a bowling alley forthe “in-game” of that period, and opened a night club—The Scotch Club—with a Scottishdecor and, hanging from the ceiling, was a … chessboard. In 1962 the billiard roombecame a thing of the past. However, slot machines were bringing about great changes inthe gambling world. The final touch was added to the Café de Paris in 1973; the Jimmy’z d’Hiver with its lacquer decor designed by André Levasseur.

On Monday, 2nd March, 1987, a new era began. While fully respecting the past, a complete restructuring of the Café de Paris had been decided upon so that it could function in conditions better adapted to the requirements of modern times.

At the end of eighteen months’ work—during which a temporary “Café de Paris” wasestablished at the side of the Sporting d’Hiver—the new Café de Paris was inaugurated by the Prince and His Family on 21st July 1988.

The new structure covers almost 10.000 square metres which has made it possible to increase the capacity of the building by 2.000 square metres. The Belle Époque style of the exterior has been retained, thus preserving the harmony with its surroundings.

The hall area was designed as an extension of the outside. A glass roof lets in light tinted with pastel hues enhancing the pink and beige tones of the marble walls. In the centre, a tiled floor-covering—coloured by a technique often used in decors of the beginning of the century—stands out against a beige background. Trees provide privacy for rest areas. The facades of the boutiques and drugstore are made of light white-leaded oak, ornamented with brass and lacquer.

A more resolutely modern tone has been given to the gaming rooms. Spread over an area of more than 1.300 square metres, there are some 400 machines, 10 to 12 blackjack tables, and 4 to 6 roulette and craps tables. These are installed in three areas—the shape and size of which may be changed in keeping with the opening hours—grouped around a large bar. The year 2000 takes pride of place in this area with its dominant colours of blue and white blending in with the soft colours of the carpets and brilliant gleam of the metal.

The century-long success of the Café de Paris has been uninterrupted. Scarcely more than three years after its re-opening, over 800 guests were present at a ceremony to welcome the millionth client of the new-look Café de Paris. Statistically speaking, this means an averageof a thousand meals a day…